The first digit of the status code specifies one of five standard classes of responses. The message phrases shown are typical, but any human-readable alternative may be provided. Unless otherwise stated, the status code is part of the HTTP/1.1 standard

All HTTP response status codes are separated into five classes (or categories). The first digit of the status code defines the class of response. The last two digits do not have any class or categorization role.

There are five values for the first digit:

An informational response indicates that the request was received and understood. It is issued on a provisional basis while request processing continues. It alerts the client to wait for a final response. The message consists only of the status line and optional header fields, and is terminated by an empty line. As the HTTP/1.0 standard did not define any 1xx status codes, servers must not send a 1xx response to an HTTP/1.0 compliant client except under experimental conditions.

100 Continue The server, has received the request headers and the client should proceed to send the request body. Sending a large request body to a server after a request has been rejected for inappropriate headers would be inefficient. To have a server check the request’s headers, a client must send Expect: 100-continue as a header in its initial request and receive a 100 Continue status code in response before sending the body. If the client receives an error code such as 403 (Forbidden) or 405 (Method Not Allowed) then it shouldn’t send the request’s body. The response Expectation Failed indicates that the request should be repeated without the Expect header as it indicates that the server doesn’t support expectations (this is the case, for example, of HTTP/1.0 servers).

101 Switching Protocols The requester has asked the server to switch protocols and the server has agreed to do so.

102 Processing A WebDAV request may contain many sub-requests involving file operations, requiring a long time to complete the request. This code indicates that the server has received and is processing the request, but no response is available yet. This prevents the client from timing out and assuming the request was lost.

This class of status codes indicates the action requested by the client was received, understood and accepted.

201 Created The request has been fulfilled, resulting in the creation of a new resource.

202 Accepted The request has been accepted for processing, but the processing has not been completed. The request might or might not be eventually acted upon, and may be disallowed when processing occurs.

203 Non-Authoritative Information (since HTTP/1.1)
The server is a transforming proxy (e.g. a Web accelerator) that received a 200 OK from its origin, but is returning a modified version of the origin’s response.

205 Reset Content The server successfully processed the request, but is not returning any content. Unlike a 204 response, this response requires that the requester reset the document view.

206 Partial Content The server is delivering only part of the resource (byte serving) due to a range header sent by the client. The range header is used by HTTP clients to enable resuming of interrupted downloads, or split a download into multiple simultaneous streams.

207 Multi-Status The message body that follows is by default an XML message and can contain a number of separate response codes, depending on how many sub-requests were made

208 Already Reported The members of a DAV binding have already been enumerated in a preceding part of the (multistatus) response, and are not being included again.

226 IM Used The server has fulfilled a request for the resource, and the response is a representation of the result of one or more instance-manipulations applied to the current instance.

300 Multiple Choices Indicates multiple options for the resource from which the client may choose (via agent-driven content negotiation). For example, this code could be used to present multiple video format options, to list files with different filename extensions, or to suggest word-sense disambiguation.

301 Moved PermanetlyThis and all future requests should be directed to the given URI.

304 Not Modified Indicates that the resource has not been modified since the version specified by the request headers If-Modified-Since or If-None-Match. In such case, there is no need to retransmit the resource since the client still has a previously-downloaded copy.

305 Use Proxy (since HTTP/1.1) The requested resource is available only through a proxy, the address for which is provided in the response. For security reasons, many HTTP clients (such as Mozilla Firefox and Internet Explorer) do not obey this status code.

307 Temporary Redirect (since HTTP/1.1) In this case, the request should be repeated with another URI; however, future requests should still use the original URI. In contrast to how 302 was historically implemented, the request method is not allowed to be changed when reissuing the original request. For example, a POST request should be repeated using another POST request.

308 Permanent Redirect The request and all future requests should be repeated using another URI. 307 and 308 parallel the behaviors of 302 and 301, but do not allow the HTTP method to change. So, for example, submitting a form to a permanently redirected resource may continue smoothly.

This class of status code is intended for situations in which the error seems to have been caused by the client. Except when responding to a HEAD request, the server should include an entity containing an explanation of the error situation, and whether it is a temporary or permanent condition. These status codes are applicable to any request method. User agents should display any included entity to the user.

400 Bad Request The server cannot or will not process the request due to an apparent client error (e.g., malformed request syntax, size too large, invalid request message framing, or deceptive request routing).

Similar to 403 Forbidden, but specifically for use when authentication is required and has failed or has not yet been provided. The response must include a WWW-Authenticate header field containing a challenge applicable to the requested resource. See Basic access authentication and Digest access authentication. 401 semantically means “unauthorised”, the user does not have valid authentication credentials for the target resource. Note: Some sites incorrectly issue HTTP 401 when an IP address is banned from the website (usually the website domain) and that specific address is refused permission to access a website.

403 Forbidden The request contained valid data and was understood by the server, but the server is refusing action. This may be due to the user not having the necessary permissions for a resource or needing an account of some sort, or attempting a prohibited action (e.g. creating a duplicate record where only one is allowed). This code is also typically used if the request provided authentication via the WWW-Authenticate header field, but the server did not accept that authentication. The request SHOULD NOT be repeated.

404 Not Found The requested resource could not be found but may be available in the future. Subsequent requests by the client are permissible.

405 Method Not Allowed A request method is not supported for the requested resource; for example, a GET request on a form that requires data to be presented via POST, or a PUT request on a read-only resource.

406 Not Acceptable The requested resource is capable of generating only content not acceptable according to the Accept headers sent in the request.

407 Proxy Auth Required The client must first authenticate itself with the proxy.

408 Request Timeout The server timed out waiting for the request. According to HTTP specifications: “The client did not produce a request within the time that the server was prepared to wait. The client MAY repeat the request without modifications at any later time.”

410 Gone Indicates that the resource requested is no longer available and will not be available again. This should be used when a resource has been intentionally removed and the resource should be purged. Upon receiving a 410 status code, the client should not request the resource in the future. Clients such as search engines should remove the resource from their indices.

411 Length Required The request did not specify the length of its content, which is required by the requested resource.

412 Precondition Failed The server does not meet one of the preconditions that the requester put on the request header fields.

413 Payload To Large The request is larger than the server is willing or able to process. Previously called “Request Entity Too Large”.

414 URI To Long The URI provided was too long for the server to process. Often the result of too much data being encoded as a query-string of a GET request, in which case it should be converted to a POST request.

415 Unsupported Media Type The request entity has a media type which the server or resource does not support. For example, the client uploads an image as image/svg+xml, but the server requires that images use a different format.

417 Expectation Failed The server cannot meet the requirements of the Expect request-header field.

The server failed to fulfill a request.

Response status codes beginning with the digit “5” indicate cases in which the server is aware that it has encountered an error or is otherwise incapable of performing the request. Except when responding to a HEAD request, the server should include an entity containing an explanation of the error situation, and indicate whether it is a temporary or permanent condition. Likewise, user agents should display any included entity to the user. These response codes are applicable to any request method.

500 Internal Server Error A generic error message, given when an unexpected condition was encountered and no more specific message is suitable.

501 Not Implemented The server either does not recognize the request method, or it lacks the ability to fulfil the request. Usually this implies future availability (e.g., a new feature of a web-service API).

502 Bad Gateway The server was acting as a gateway or proxy and received an invalid response from the upstream server.

503 Service Unavailable The server cannot handle the request (because it is overloaded or down for maintenance). Generally, this is a temporary state.

504 Gateway Timeout The server was acting as a gateway or proxy and did not receive a timely response from the upstream server.

505 HTTP Version Not Supported The server does not support the HTTP protocol version used in the request.

506 Variant Also NegotiatesTransparent content negotiation for the request results in a circular reference.

507 Insufficient Storage The server is unable to store the representation needed to complete the request.

508 Loop Detected The server detected an infinite loop while processing the request (sent instead of 208 Already Reported).

510 Not Extended Further extensions to the request are required for the server to fulfil it.

511 Network Authentication Required The client needs to authenticate to gain network access. Intended for use by intercepting proxies used to control access to the network (e.g., “captive portals” used to require agreement to Terms of Service before granting full Internet access via a Wi-Fi hotspot).

This is the official goparel WordPress account. Visit www.Goparel.com Thanks for reading!

Subscribe to our Newsletter for Latest Updates, Special Discounts, and much more. Headers of emailMessages provide detailed information on the routing of the message and can be an immense... 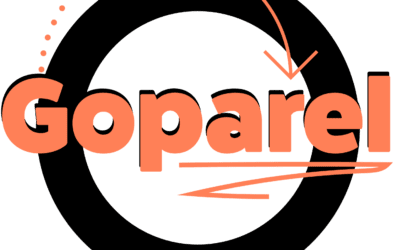 Welcome to the article! We appreciate you taking time out of your day to see what we and others have going on this...

My cart
Your cart is empty.